First loaves and some proof confusion 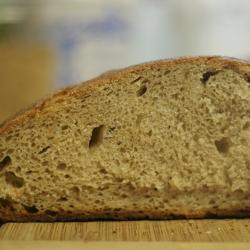 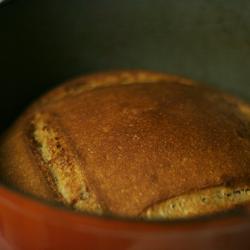 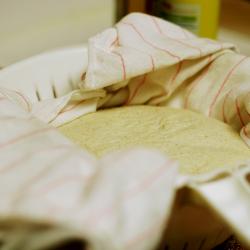 Well, after some amount of misadventures I am happy to present my  first sourdoughs! I made a semolina loaf using my plain sourdough starter, and a light rye panmarino using my rye starter. Neither got great oven-spring and seem to be under-proofed judging from overall dough size and final reddish crust color...?My own fault really, being my spirit pony self I didn't follow the proofing instructions provided with each recipe but followed instead the beginner's blog proofing tutorial…. though I did follow the dough and pre-ferment recipes to the letter. In addition to using a separate proofing method than provided, I didn't have time to bake in the morning after the fridge proof and ended up keeping it in the fridge for an extra 9 hours while I was at work, with a little reshaping on an oiled surface in the morning. Hahah what a mess, right?I took it out of the fridge after work and had it sit on the counter for 2 hours (too short? didn't really rise at this point) before baking in a cast iron pot at 410-450F (210C-ish) It took almost an hour per loaf! That seems longer than I was expecting…

Overall though it still turned out to be edible bread! Even quite good bread. Semolina loaf had a very firm crust texture and chewy crumb, but the crust was a light reddish color and the crumb was slightly dense (sadly I didn't snag a photo of the crumb before my coworkers ate the loaf). Flavor was great but not as sour as I was expecting after such a long fridge proof.Rye panmarino loaf had hardly any oven spring even compared to the semolina loaf, it has a lovely aroma and a more sour taste, but is quite dense as you can see in the photos.

I think I must have done the proof or baking particularly wrong because two different recipes with two different starters had the same problem, right? I was afraid of over-proofing (I do that sometimes with my challah and it turns out awful!) so I think I did not proof long enough before putting in the fridge, or after pulling from the fridge…. or maybe my cast iron was not hot enough? What do you think? I'd appreciate it if someone else could venture a guess!

Just read your post for the first time, realise that you posted it a while ago. Have you tried to bake any sourdough since these two? I would say that you probably left them in the fridge too long. If I put mine in the fridge I ususally bake straight from the fridge, make sure the oven has been preheated for an hour.