A little history prior to joining this site.
Stumbled across Breadtopia and the camp baking video series - http://www.breadtopia.com/campfire-bread/ - Seemed easy enough so I grew a wild yeast culture using their pineapple juice method.
A few weeks later I slapped together a dough going by feel as mentioned in the camp bake video even though I didn't really know what I was "feeling" :)
Three bakes thus far using this very loose method with edible results and a lot more to learn.
This was the 1st, a 50/50 (wholemeal/white) dough. The crust was really thick and the taste was pretty bland but I still ate it all. 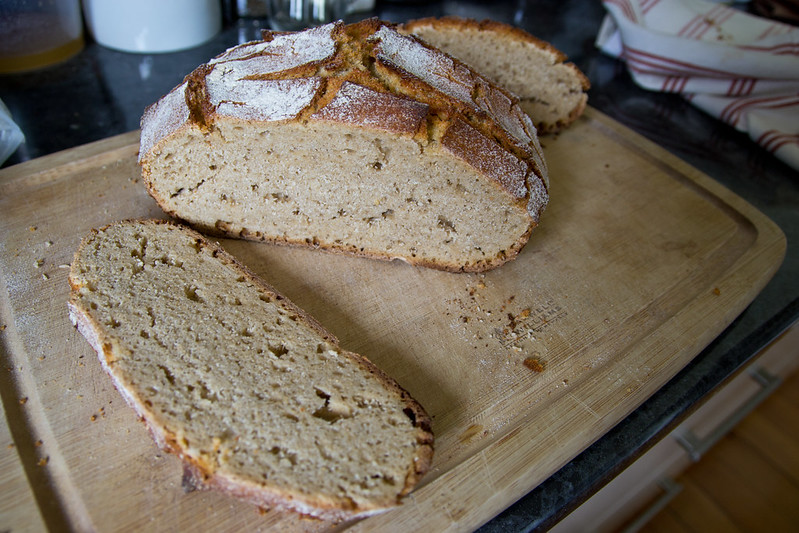 Next came this one. About a 30/70 (wholemeal/white) flour ratio. Not really much improvement apart from some flavour coming through. I hydrated the dough more this time and tried to notice when the dough started to feel like the gluten was kicking in during about a 10min knead. 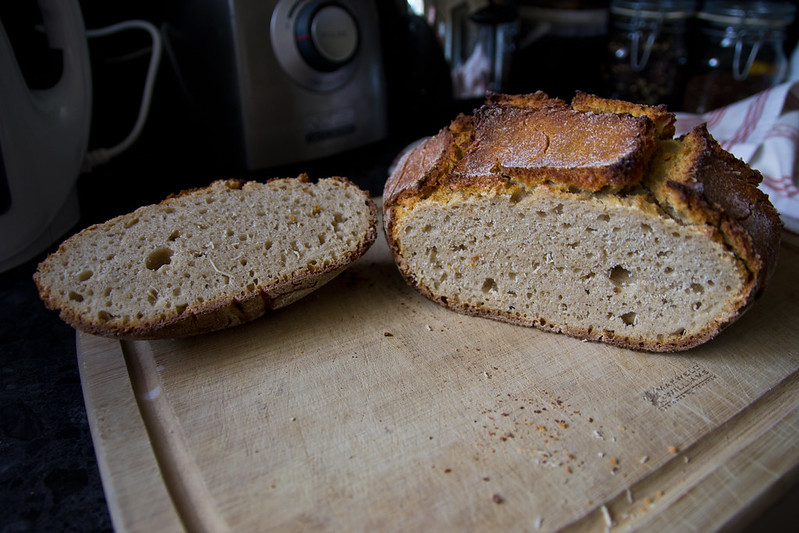 The next one was smaller as I used less water to hydrate with. It was about a 40/60 (wholemeal/white) flour ratio. The idea being that it would bake through better as the ones prior were doughy in texture even when testing for internal temperature. A little less thicker on the crust too with a higher baking temperature tried. I also did the proof poke test to see if I could tell went it was ready.

Things I'm hoping to imporve on in the coming bakes are less doughy bread and a thinner, lighter crust.