What has gone wrong with my sourdough bread? 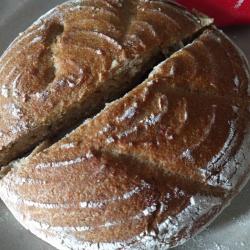 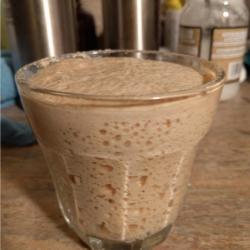 Hi, I’m new here. I’ve been trying to make sourdough bread and have tried at least 4 times, but all my attempts failed miserably. I tried the very basic recipes I found online, followed almost everything to the letter except the flour (3 times with APP WW Flour but not paying attention on room temperature closely).

My latest attempt was yesterday till this morning which I used this https://www.theperfectloaf.com/beginners-sourdough-bread /.   I followed everything, closely watch the room and dough temperature, again, I didn’t use the exact flour in the recipe but APP WW flour and Rye flour. The starter I made is with  APP WW Flour.

As you can see from the photo, the dough was way overproofed I think (didn’t check it after I had it place in the fridge and this morning when I took it out, the dough was very flat. I’m not even sure whether it had risen and then collapsed or it didn’t rise at all. The dough was surely rising yesterday for the first 5 hours, though not much, likely about 20% or slightly more I think. The dough was quite sticky by the way.

You can see that the crumb is very dense – my other 3 attempts were the same. I don’t know what had gone wrong, but last night when I was watching a youtube video it hits me that perhaps it is the APP WW flour causing it.

Could you experts  tell me what has gone wrong simply by the photos?