Bread Either Splits or Falls *confused* 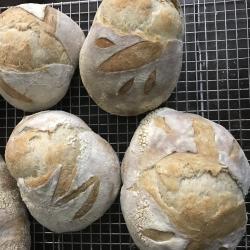 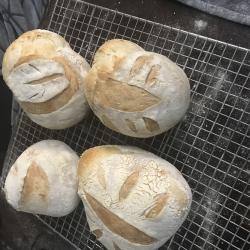 I’m new here and new in the world of sourdough. I was given a starter by a friend and have been really into baking the past month or so.

My problem comes during baking. I bulk prove for 3 hours and then fold and separate and prove for another three hours. The recipe I use is menough for two loaves. This is where it gets tricky. When I make two loaves then the bake is no good and has no rise. When it comes out of the second prove it’s very airy and seems to collapse.

I also use the same recipe for four smaller loaves essentially cutting each loaf in half. When these smaller loaves bake they seem to split and explode. I originally thought i wasn’t scoring properly so I went into the next bake with confidence and scored pretty well. Still exploded.

Regarding the bigger loaves I thought they were overproved and that’s why they collapsed. I cut three hours to two and they still come out feeling very fragile and don’t rise.

And to preempt your question on recipe this is what I do: