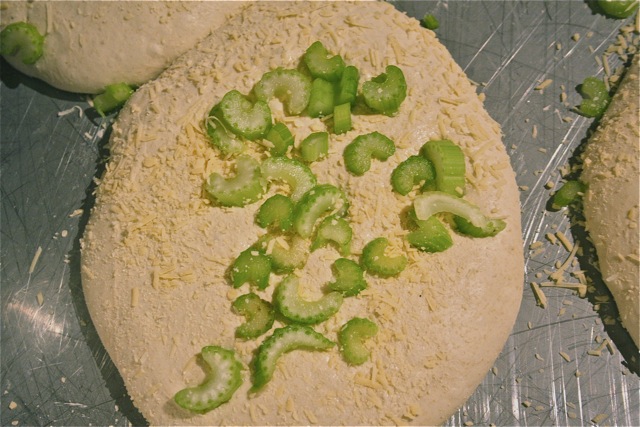 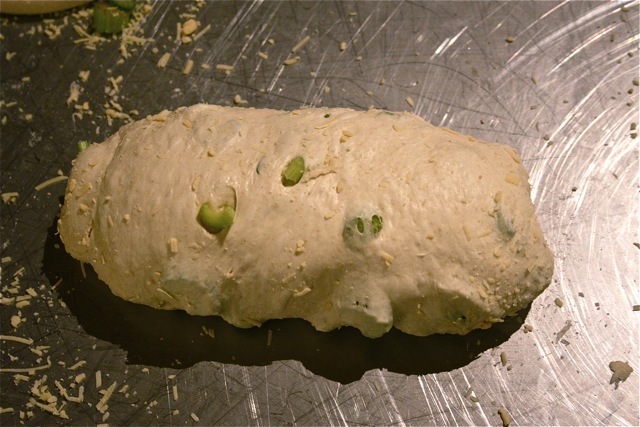 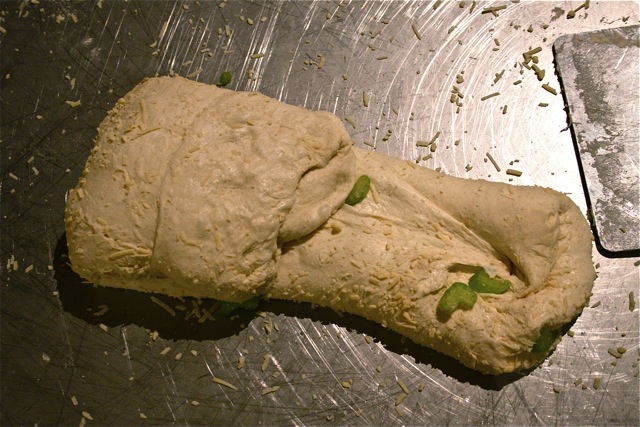 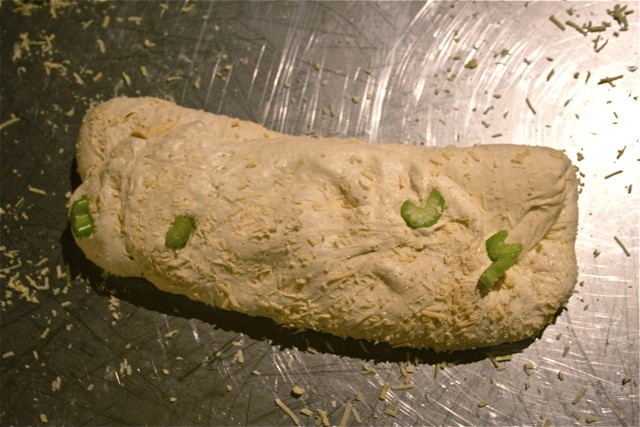 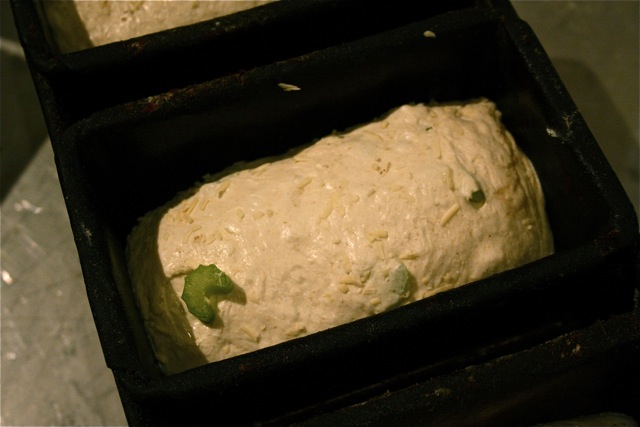 Romano and Celery...in this case is a basic white dough, containing about 15% wholemeal from the wholemeal starter, with fresh celery and romano cheese. We are preparing celery and romano now, and i'll upload some photos and recipe details below because the web cam only shows so much. Maedi is working on a history or photo album of images from the web cams, which will be more valuable when there is a 2nd camera close-in on the dough bench.

Percentages are relative to flour weight (flour equals 100%) and every other ingredient is a percentage of this. Flour from the starter is not counted. This recipe was originally in cups and has been automatically converted to other measures.

I use a basic light sourdough base which is roughly 80% organic white and 20% stoneground wholegrain flour. I used to reduce salt slightly in the dough to compensate for saltiness of the Romano cheese, but no longer think this is necessary. I use Pecorino Romano that contains 1200mg of salt per 100grams. At present i am manually mixing in celery and Romano 'on the bench' rather than in the mixer.

You can scale and ball dough, rest and dip in finely grated Romano cheese, then cover top side with cut celery and roll/fold/roll as per photos. For a stronger Romano effect, dip both sides of the dough in cheese. The example shown is a tinned loaf which i am finally (colder weather) able to prove over-night at around 8C - 14C. I roll the loaf quite tightly...this combined with the fact that it is tinned (the tin tends to conduct warmth away from the fermenting dough) makes for a long rise...about 8 hours in my case, which is great because i can get some sleep and avoid the coolroom.